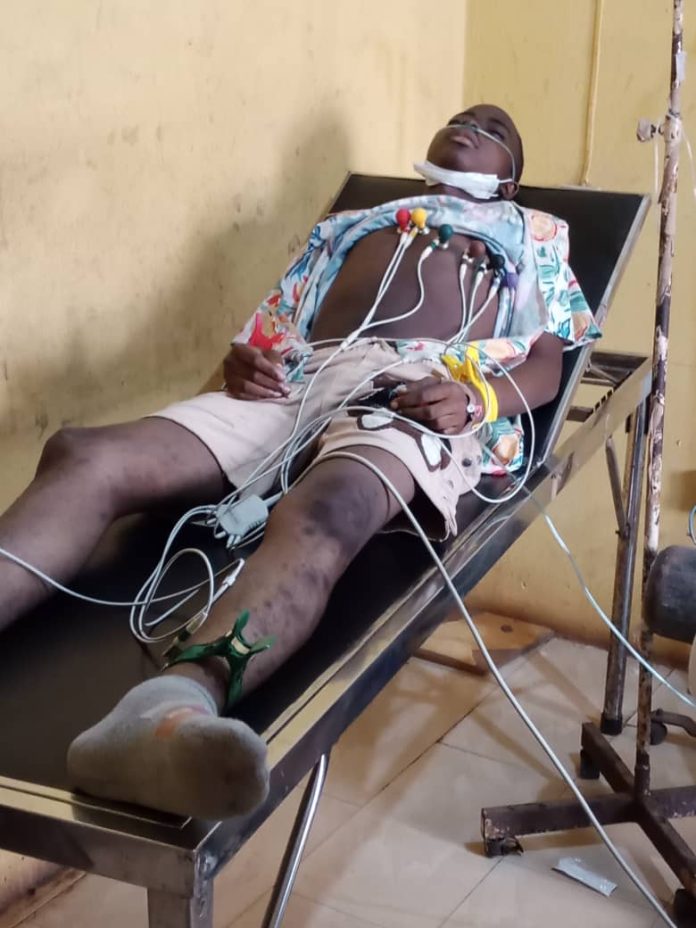 The family of a  20-year-old student of Science Technology at Federal Polytechnic, Ado Ekiti, Faith Adeoye, who is down with end-stage kidney disease is seeking 12 million in Financial Assistance for a transplant.

His father, Apostle Israel Adeoye, who said the family at Ire Ekiti had sold virtually all its belongings for dialysis for the 20-year-old son in the hospital, said, “The boy has stopped going to school due to this sickness.

The Consultant Nephrologist, Dr. Michael Soje, handling the matter at FETHI, in a letter titled, “To whom it may concern”, stated that the boy, who was diagnosed with End Stage Kidney Disease in the hospital on September 15, 2022, needed kidney transplant.

Some stated, “Faith Adeoye will need hemodialysis thrice weekly for the short time but the definitive treatment recommended for this stage of kidney disease is a kidney transplant.

“We write on request of Master Faith Adeoye and his family given their present financial constraints to confirm the state of health and the cost implication of his treatment”.

The consultant nephrologist, who said a kidney transplant would cost N12 million, added, “We remain disposed to giving medical information and assistance where necessary to facilitate his treatment”.

The patient’s father, Israel Adeoye, can be reached on phone number 07064699318 for further inquiries.

The patient, who is undergoing treatment at Federal Teaching Hospital, Ido Ekiti is appealing to well-meaning and kind-hearted Nigerians to come to his rescue to save his life and enable him to continue with his education.