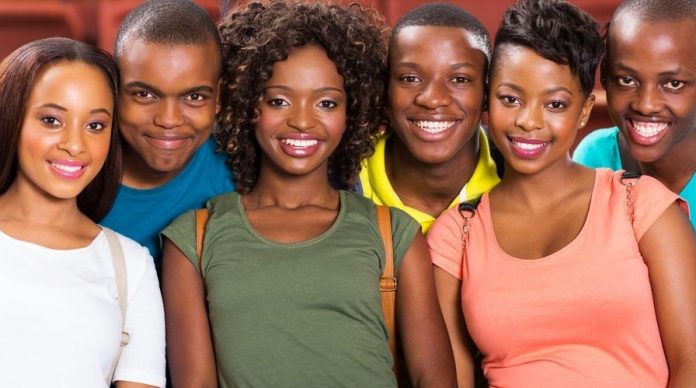 Will 2023 be a defining moment for  the Nigerian youth and the future of Nigeria? Obviously a slippery question that deserves attention. The most recent Independent National Electoral Commission (INEC) voter registration data suggests that youths have a historic role to play in the forthcoming election. They have an incredible demographic advantage and, if they choose, can decide the outcome of the election in any way they deem favourable to Nigeria.

However, the crucial rhetorical question to consider is: will Nigerian youths constructively deploy this demographic power to influence the outcome of the elections and redefine the future of Nigeria, or would they sacrifice it on the altar of immediate convenience of primordial sensibilities of ethno-religious sentiment, political party affiliation, and economic considerations? The youths are the most powerful voting bloc by number, and  ironically they seem unaware of the power they have to  decide the fate of power strugglers and reshape the political landscape of this country to the way they want. Achieving this requires the youths coagulating into one potent and unique power bloc in the Nigerian firmament.

This age group still made up about 40 percent of the registered voters and, if properly mobilized, can tilt the balance of political election outcome to whom they choose. The key to achieving this lies in mobilizing youth to participate in voting. And articulating their voices into one coherent voice in support of a political ideology and ideologues who they believe will not only stem our slide into perdition but will also radically change our fortunes – repositioning Nigeria into a country that harnesses its great potential for the benefit of all.

Judging from historical antecedents, achieving this is a herculean task requiring more than any candidate or party is doing now in their campaigns. Our youths are more open to the political process than we have thought of in the past. They have always participated in the political process by joining political parties, participating in election campaign activities, engaging with parties and government officials, and engaging in communal activities with political ramifications.

Political candidates recognize the nuisance value of some young people that during elections, the de facto youth leaders are the toast of every candidate and mobilize them into a dangerous and sinister team ready to die to do the bidding of their masters by scattering the electoral process or defending it depending on what their transducers require of them. However, the youth participate less in the most critical aspect of the electoral process – voting. Herein lies the conundrum, how can youths influence the country’s leadership when there is enormous voting apathy among them, and the few that vote are not coordinated to vote en bloc to influence the outcome of elections? What a waste of political power. Little wonder youths have no say in the governance structure and the dictum “youths are leaders of tomorrow” seems nonsensical in the Nigerian parlance because the past leaders are still the present leaders, with youths refusing to fight for power.

The political landscape has indeed changed in the past 3-4 years. This change has been perpetuated by the combined forces of technological determinism brought about by the deepening of the internet and its effect on online participation in political activities; the harsh economic conditions of the country that impacts negatively in a significant way on the youths, the higher civic enlightenment, and a massive appetite for change in the country. These forces are unleashing a great revolutionary spirit among the youths and opening them up to becoming interested in the political process.

The 2023 election campaign is quickly becoming a social media event where a bulk of young people have seized the narrative and are forcing their voices on all and setting the agenda for a political campaign in most instances. Although very pungent to youths’ political emancipation in Nigeria, such engagement in social media among the youths is not seen outside the social media in the real political space. However, it is generally too early to conclude how this will affect youth voter turnout and voting patterns. Many of our youths are outside social media which is dominated mostly by urban youths. How are these youths mobilized and sensitized when they are cut off from the active and vehemently visceral social media youths?

What is known is that enthusiasm has been high among the youth since the “EndSars movement” period, but political consciousness to drive change is insufficient. This may be disappointing to candidates whose electoral thematic thrust and strategy are to galvanize the youth to vote for them. The youth are still not united by consciousness but mostly by poverty and social malaise in the land.  We only have a few weeks before the elections so it seems to be a tall order to turn the tide, but in politics, nothing is impossible. Only time will tell how the pendulum will swing regarding youth voting and its impact on the election.

Harnessing the enthusiasm among the youths is easier now than ever. The reason is that they are getting the brunt of the critical issues plaguing Nigeria. They feel the heat and understand now why it is essential to rescue the country from the brink of collapse. They are beginning to link their myriad of problems to poor leadership. These problems include mass unemployment, but critically massive youth unemployment is crippling many young people; national insecurity; poor quality education from primary to university with ASUU strike a common feature of university education in Nigeria; endemic corruption; and dearth of economic opportunities. These issues stop people of all ages, primarily youths, from fulfilling their potential.

Unfortunately, but true, youth issues are not on the front burner in the discourse leading to this election. Youth issues are given secondary attention or mention and do not constitute key campaign issues. The campaign has been mainly about personalities and less about issues. Youths seem to have fallen back on their default setting of political party, religious, and ethnic affiliation. After the “EndSars saga”, Nigerian youths seem to have lost the Patriotic spirit that defined them.

Because of the fallback affiliation mood, the tendency to vote en bloc is minimal or completely lost, and this is my fear that the youth demographics may mean little after all. They are incurably fragmented along different lines to the benefit of the orthodoxy, which is not about their interest. And they are not making a demand on the candidates and political parties on issues of concern to them.

A dichotomous pattern between youths in the south and those in the north, informed by varying levels of education, different levels of opportunities, and civic culture, is evident. This divide has meant that although there may be a commonality of experience between youths from both divides, their modus operandi in electoral and political engagement differs. This difference also exists between youths in urban areas and rural communities. How to bridge these gaps has been a nightmare. This is more so for those championing youths’ ascendency in the political firmament of Nigeria. Most urban youth in Nigeria are using social media networks to engage in political participation. However, it is known that there is a weak or no correlation between online and offline political participation. The only way the Nigerian youth can translate their demographic advantage to tangible influence is to come out and vote and vote in a way that will shape the kind of future they want. Youth in other countries have done it at different times. Young people must take advantage of this opportunity to reshape their country.

Voting gives youth the power to influence decisions. Youth disenchantment with governance in Nigeria will become an empty threat if a critical mass does not vote and does not express a clear preference for a secured future. Disjointed participation by Nigerian youth will dash the hopes of those who wish to see fundamental changes in the landscape.

Nigerian youth can significantly impact the outcome of the 2023 elections if they are intentional about what the future means to them. There are instances in another clime when youth influenced electoral outcomes. Perhaps the most well-known is former US President Barack Obama’s 2008 campaign and election, which was driven by young people. In another example, the term “youthquake” was used in the United Kingdom after young voters saw British Labour Party deny the Conservative Party an expected majority win.

Since it worked elsewhere, we hope it will work in Nigeria too. I call on all youths to roll their sleeves and get to work in this 2023 elections. Get your PVC and vote for the candidate of your choice.