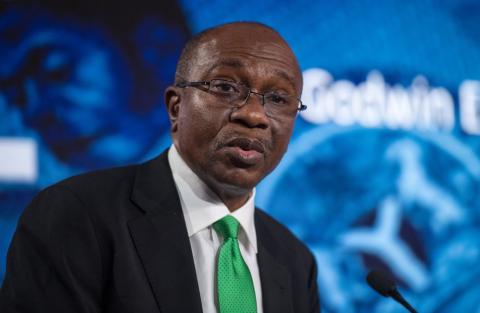 Chairman of the Presidential Advisory Committee Against Corruption (PACAC), Prof. Itse Sagay (SAN) on Sunday came down hard on the Governor of the Central Bank of Nigeria (CBN), Mr. Godwin Emefiele for trying to force the cashless policy on Nigerians.

Speaking in an exclusive interview with DAILY INDEPENDENT, Sagay who backed the calls for the extension of the January 31 withdrawal date of the old notes said most Automated Teller Machines (ATM) are still dispensing the old notes while the new ones are not fully in circulation.

Describing Emefiele’s action as brutish, uncivilised, and barbaric, Sagay warned that the policy can create an economic disaster for Nigeria if not urgently addressed.

He said ” I think the whole thing (cashless policy) is a disaster. I don’t like people trying to show off that they are very modern. You are introducing a cashless policy bla la bla, you want to be like America. In America, they are still using cash. I was there this year. I used cash on many occasions”.

” So, nobody is forcing you to adopt the cashless policy. It is the African man that wants to imitate and he does that in a very ignorant and uncivilized manner. Why is Emefiele trying to force people? Why is he putting a deadline on the usage of the old currency?”.

” The deadline is almost here now yet the new currency is not available. I have been withdrawing money and all I’m getting are the old notes. Why should he even tell me how much to withdraw from my own money? If I find the electronic transfer more convenient, I will adopt it without anyone mounting pressure on me to do so”.

“For example, I have an ATM card now because it is convenient for me to use. It is a matter of convenience, not the usage of force. Africans tend to imitate in a brutish manner, using force without providing the facility that will make what they want to do possible. By doing so, they inflict hardship on societies”.

“If we are not careful, this CBN policy can create an economic disaster for this country”.

“My advice is that Emefiele should not try to impress anybody by bringing in rubbish policies that he cannot implement. I agree with those who want it extended. We are not against but it should be done the way it is done in civilized countries”.

” The way it is done in developed countries is that as you are depositing the old notes, new ones take their place. Gradually, the old notes disappear because once it goes into the system, it is not brought out again. The new ones replace them and they will be in full circulation. That is how civilized countries handle the issue of new currencies”.

“It is only crude, backward, uncivilized, and bush people like Emefiele who want to impress who do this sort of nonsense that is going on now. He is just creating hardship and suffering for Nigerians for no just cause”.

My Conversation With Peter Obi On Anambra Election