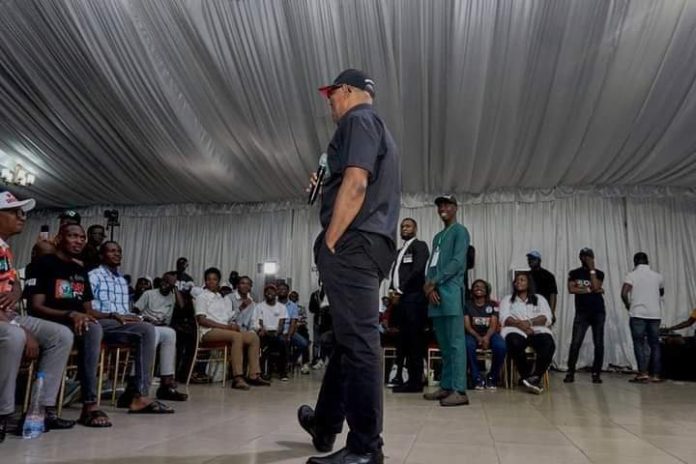 The Presidential Candidate of the Labour Party, Mr. Peter Obi is not going to run a frivolous government if given the mandate by the Nigerian people and will not allow any waste of the people’s commonwealth.

Obi-Datti Media office has noted the negative excitement of some ruling party’s supporters over a remark made by the LP Presidential candidate concerning the issue of power generation in Nigeria.
Obi had said during his stellar appearance at Chatham House in the United Kingdom on Monday that if elected he will declare a frontal war on power to tackle the perennial power issue in the country squarely and decisively.

He had said that if South Africa with a population of less than 60 million and generating over 40 thousand megawatts is declaring emergence on power, Nigeria of 200m people with less than 20 thousand megawatts need to declare war.
The former Anambra state Governor also said that he intends to retain and improve on the existing power contract between Nigeria and German firm Siemens Company, but some APC followers ignorant of the way Obi works, are saying that he is campaigning on Buhari’s project.
Obi has said severally that his campaign would be issue-driven and therefore would not allow the noise of proxy soldiers to distract him or defocus his view.
The LP candidate is meeting Nigerians on points he intends to make to rebuild the tattered nation and not on a mission to find faults.
In Anambra state where he left yet unbeaten record in governance, he continued from where his predecessor Dr. Chris Ngige stopped, notwithstanding how he came to power that Obi had to recover it through the court.
The LP candidate had gone to Egypt to understudy their power issue and also to see how Siemen, the same company handling Nigeria did it in that country, that is a laudable mission of one who is committed and ready to make a difference in governance and should be praised for his unquenchable quest for solutions to issues
Obi has a lot to say about himself and what he intends to do why Nigerians should vote for him and is not on any fault finding or praise singing on anybody.