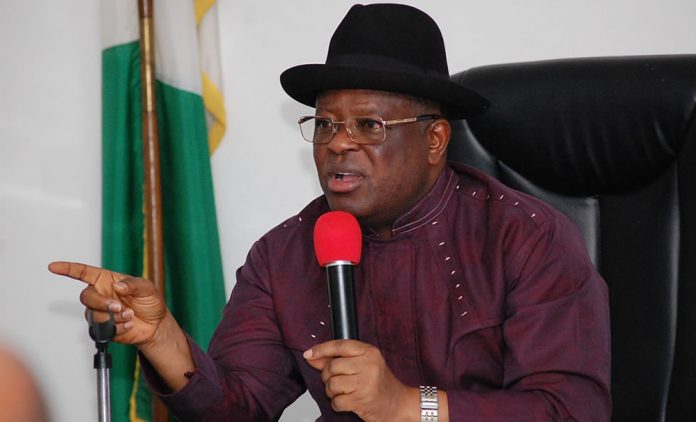 Governor David Nweze Umahi of Ebonyi State has granted the People’s Democratic Party (PDP) free use of the State Stadium facility for its presidential campaign rally.

In a statement by Chooks Oko, SA to Ebonyi State Governor, Media and Strategy, the rally is slated for January 26, 2023 in Abakaliki.
The PDP in a letter addressed to the Governor, titled: “Notice of Presidential Rally of the People’s Democratic Party in Ebonyi State” ,dated 20th January, 2023, had requested the use of the Pa Ngele Oruta Township stadium, accepting to pay the prescribed fees in line with the operative Executive Order in the State.
Governor Umahi in a response waived the fees and directed the Acting Chairman of the State Board of Internal Revenue not to collect any fee from the Party.

He also directed the Commissioner for Youth and Sports Development to grant the Party unhindered access to the facility.

To strengthen his directive, Governor Umahi further appealed to his party, the All Progressives Congress (APC) to move its campaign scheduled to hold in the facility same day to another venue in order to make space for the PDP.
He also notified the State Commissioner of Police of the event, directing, as the Chief Security Officer of the State, that adequate security be made available to the Party.
Recall that in line with the Governor’s all-inclusive stance, he had earlier approved the facility for the Labour Party’s Presidential Rally which is yet to be held in the State.

2023: When Friends Speak For Kashim Shettima