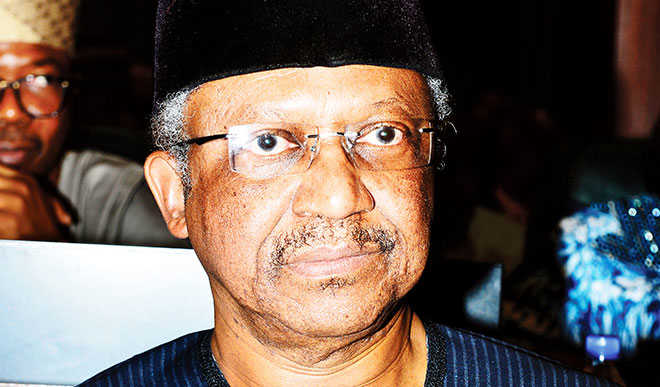 The Federal Commissioner, Public Complaints Commission, PCC, Borno State, Alhaji Yusuf Adamu has advised Nigerians to abide by the warning of the Nigeria Centre for Disease Control and Prevention (NCDC) on the recent outbreak of diphtheria.

The Centre in a statement has warned Nigeria oofthe outbreak of the disease, stating that it has responded to reports of diphtheria cases in Lagos and Kano States and is monitoring the situation in Osun and Yobe States where cases are now being picked up.

The statement by the Centre also stated that In addition to clinically suspected cases, there have been laboratory-confirmed cases and the NCDC is working with State Ministries of Health and partners to enhance surveillance and response to the outbreak. This includes keeping the public informed on staying safe at home and in their communities.

The NCDC to reduce the risk of diphtheria has offered some advice including that parents should ensure that their children are fully vaccinated against diphtheria with three doses of the pentavalent vaccine as recommended in the childhood immunization schedule; healthcare workers should maintain a high index of suspicion for diphtheria i.e., be vigilant and look out for symptoms of diphtheria; individuals with signs and symptoms suggestive of diphtheria should isolate themselves and notify the local government area (LGA), state disease surveillance officer (DSNO) or the NCDC through our toll-free line (6232); close contacts with a confirmed case of diphtheria should be closely monitored given antibiotics prophylaxis and started on diphtheria antitoxin treatment when indicated; and all healthcare workers (doctors, nurses, laboratory scientists, support staff, etc.) with higher exposure to cases of diphtheria should be vaccinated against diphtheria.

Speaking to journalists, Adamu recalled when he was local government chairman in Biu when the same outbreak occurred in Kimba village of the council.

Adamu said it is pathetic to see children affected by the diphtheria virus as se called that, people should do all they can to follow the NCDC guidelines and also do the needful to protect their loved ones from contracting the disease.

He said: “You will recall when that happened we quickly reported and I spoke with newsmen who helped us to broadcast the issue, which as a result attracted the MSF- Doctors without borders, who swing into action to arrest the situation in Kimba village.”

Adamu said as a matter of urgency, the state ministry of health in Borno and stakeholders should begin to do the needful as already there are cases in Yobe state which is a signal to Borno state to prepare for the virus is found.

“As a stakeholder in Borno state, I am doing everything to ensure that everyone around me gets the necessary information, particularly health-related information regarding such health issues.

“When it happened in my local government, the then Commissioner for health Borno state, Dr. Salma Ana’s Kolo, who is also from the same local government played a pivotal role in ensuring that the menace was arrested within the shortest time to avoid spread. We as a local government also stir our health units with accommodating pressure to fight the disease to a hold. I believe that when people take health-related information seseriouslynd work according to expert guides, we shall achieve success beyond the ordinary.” The Federal Commissioner said.

Nigerian Air Ready For Operation With Nigerian Govt Holding Only 5%...