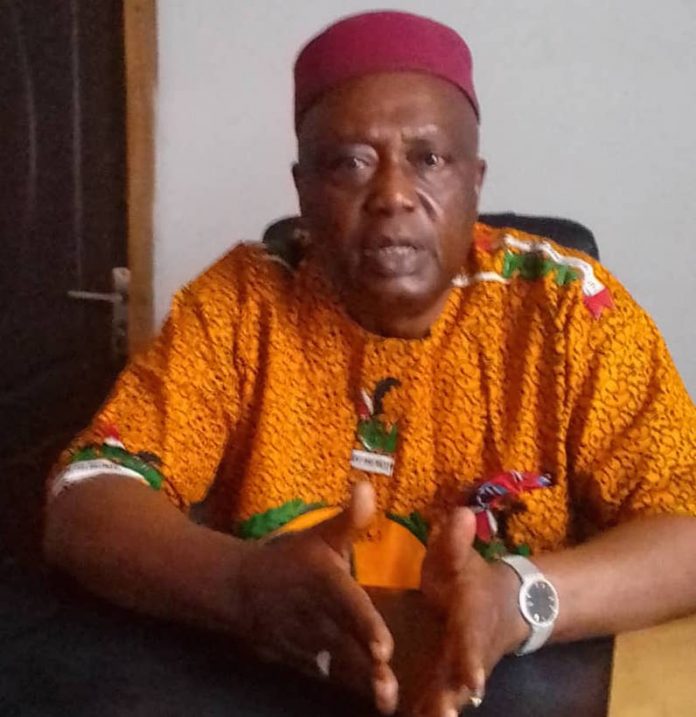 The special adviser to Governor Willie Obiano on political matters, Ifeatu Obiokoye has described six State Assembly lawmakers who recently defected to the All Progressives Congress (APC) as prisoners of war.

The governor’s aide who stated this during an exclusive interview with our correspondent at the Government House Awka yesterday said that the defecting lawmakers have criminal cases and may be hunted by the Economic and Financial Crimes Commission, which he believes was the remote reason the six legislators and their counterparts in the national assembly were taking refuge in the APC to cover their sins.

Obiokoye said, ” Some of the defected lawmakers including some former senators and current serving senators that have moved into APC are prisoners of war.

” I call them prisoners of war because they have issues they need to seek out with EFCC. When their cases and criminal facts have been placed before them, they have no option than to join APC.

” Today in Nigeria, the only way you can not be jailed for your atrocities and not be prosecuted for all your crimes in office either as a member of the state assembly, member of the national assembly, or as former governor is to rush into APC.

” It’s a pity that they will not tell the people that they have crimes being investigated. All the defectors to APC have crimes being investigated by the EFCC.”
The governor’s political adviser maintained that there was no division in the All Progressives Grand Alliance as confirmed by the court of appeal in Kano and Enugu states respectively and that Dr. Victor Ike Oye was duly authenticated by the court as the national chairman of APGA; so he queried the rationale behind the lawmakers’ decision to leave the party.
He said, ” Unfortunately the lawmakers moved soon after the court of appeal confirmed our position. So they cannot claim there is a division in APGA today. There is none.

” INEC itself has always said that the national chairman of APGA they know and recognise is Victor Oye and it has been confirmed by the court of appeal two times: the one in Kano and secondly, the one in Enugu.
” Since Victor Oye has been confirmed the authentic national chairman of APGA leaves the defecting lawmakers with no legal option or defense.  ” It is not merely saying that you have joined APC. You have to join the party on the floor of the house. So we are waiting for them to join APC on the floor of the state assembly, then we take up the legal process.”