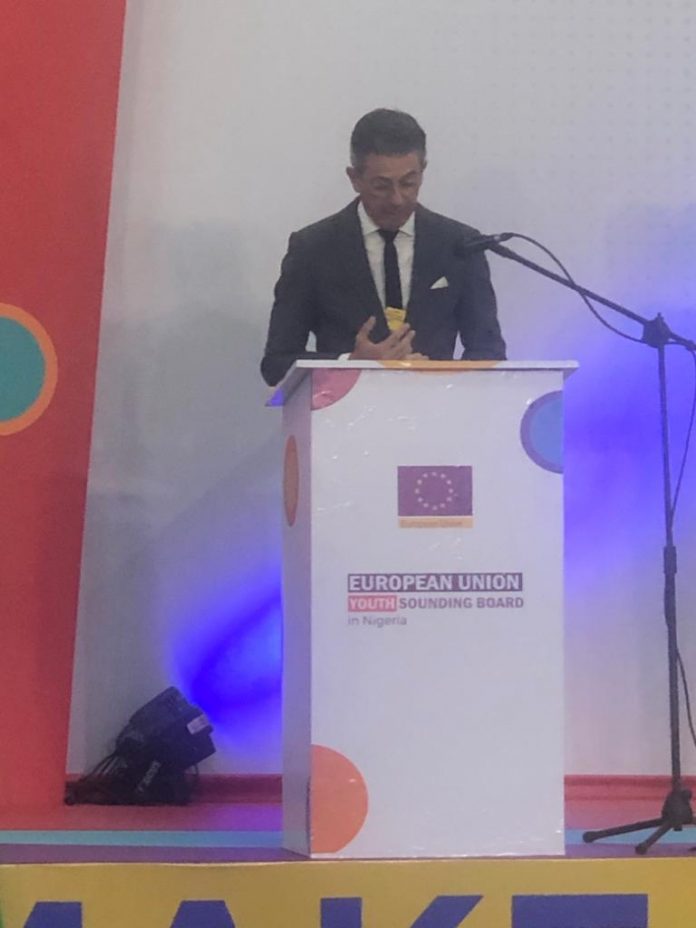 The European Union (EU) has launched 25 Youth Sounding Board (YSB) to allow Nigerian young people to have an influence on the policy and programmes of the EU in the country.

Speaking during the constitution of the board in Abuja, the Charge d’Affaires at the EU Delegation to Nigeria and ECOWAS
Mr. Alexandre Borges Gomes, said constituting the board will making EU action more participatory, relevant and effective for the large young population in Nigeria.

He explained that 60 per cent of the Nigerian population is below the age of 25 years, therefore, youth in the country are a huge driver for change and innovation.

He said: “The EU, therefore, believes that the future of Nigeria will largely depend on the ability to provide young Nigerians with opportunities for employment, education, health and access to decision-making processes and this is precisely what we are trying to do here.

“We will provide Nigerian youths access to decision making.”

Gomes said, in the ongoing youths EU Programmes, youth are already engaged in different subjects ranging from peace and security to vocational training, and eradication of gender-based violence. A key lesson learnt in these engagements is that lasting change and innovation lies with the youth.

He noted that members of the board were selected out of hundreds of applications of young and motivated Nigerians from across the country.
“Specifically, you were selected based on your knowledge and experience in one or more of the areas that are of key interest to the EU, including gender equality, youth inclusion, climate change, and culture,” he said.

Gomes said the 25 youths had a proven track record of playing outstanding roles in their communities, both online and or offline, and had set up and participated in creative and innovative initiatives to empower youth at the grassroots level.

He praised the Nigerian government for its youth-oriented initiatives and said the EU would work with the government in the areas of policy-making.

The EU helmsman said: “We are pleased with the participation of the Nigerian government today. With their support, we hope the YSB will play a critical role as bridge builders between the youth population and government by influencing policies and legislation towards ensuring that local needs are not missed out within the national conversation.”
The Minister of Sport and Youth Development, Mr Sunday Dare, who spoke at the event, thanked the EU for the YSB initiative and the roles it plays as a partner to Nigeria in the various spare of youth empowerment and development.
He also advised the EU and other countries that are active in supporting youth development to adopt an agenda for action and carry the ministry along so as to avail the access to data that will be useful in the project.

Speaking on behalf of the beneficiaries, Ms. Abimbola Abileoye said young people have the capacity to contribute meaningfully while participating in nation-building, noting that the YSB presents an opportunity for the less represented in decision-making and policy formulation processes to help solve global challenges.