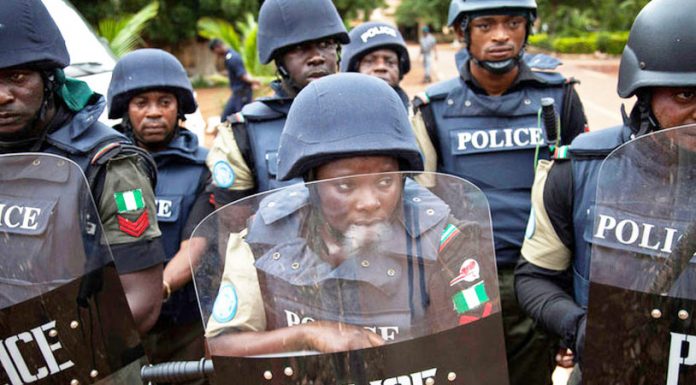 The Police Command in Katsina said its operatives arrested four Customs officers involved in the shooting of vehicles in the convoy of the state commissioner of local government and chieftaincy affairs, Alhaji Ya’u Umar Gwajo-Gwajo.
TheLeadnews gathered that some Customs officers on Tuesday shut at the official vehicle of the commissioner who was on his way from Mai’adua to the state capital, Katsina.

A source at the command confirmed the arrest of the trigger-happy Customs officers who made the attempt on the life of the commissioner.
The source revealed that the arrested officers could not provide an explanation on why they abandoned their duty post along Katsina-Kaita road and relocated to Daura-Katsina road.

It was similarly gathered that it was the commissioner who personally lodge complaints against the officers who made the attempt on his life.
It could also be recalled that barely a month ago, some Customs officers allegedly driving recklessly crushed to death 10 people in Jibia town.
The state governor, Alhaji Aminu Bello Masari has seriously tongue-lashed the Customs on the manner they are recklessly killing people in the state
The governor also threatened to drag the agency to court over the Jibia killing incident.
Our Correspondent however gathered that the Katsina Customs command has set up a committee to investigate the shooting of the commissioner’s convoy.