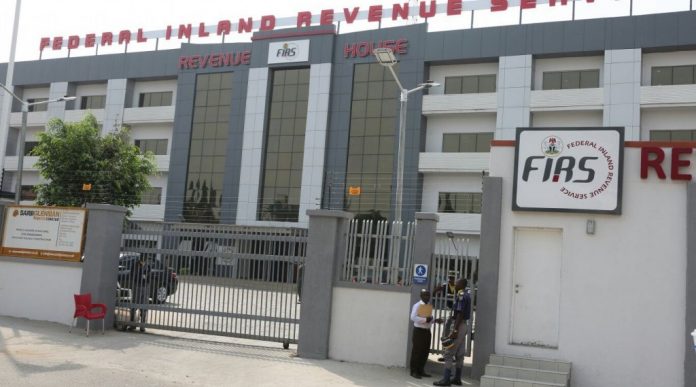 A Court of Appeal in Abuja has ordered the Rivers and Lagos State government and the Federal Inland Revenue Service (FIRS) as well as the Attorney General of the Federation and Minister of Justice to maintain the status quo pending the hearing and determination of an appeal before it in respect of the Valued Added Tax (VAT) issue.

The order emanated from an appeal filed by the FIRS for a stay of execution of the judgment of the Federal High Court, Port Harcourt delivered on August 9, which had given Rivers State government the power to collect VAT.

The ruling is coming at a time when a group in the South East, the Igbo National Movement (INM) slammed the Federal Government’s mode of collection of VAT, describing it as fraudulent and not in the best interest of some indigenous Nigerians.

In a ruling, the presiding judge, Justice Haruna Tsammani held that since all parties in the matter have submitted himself or herself before the court, it was proper and the law for the appellate court to preserve the subject matter from being rendered nugatory.

Consequently, the Court of Appeal held that parties should refrain from giving effect to the judgment of the trial court pending the hearing and determination of the appeal.

The 3-man panel also ordered parties to file written addresses, and adjourned to September 16, for a hearing of the motion seeking to join Lagos State as a party in the appeal.

Counsel for the appellant/applicant, Magaji Mahmud, SAN, had requested for an order that status quo be maintained pending the hearing and determination of the motion for injunction and stay.

Emmanuel Ukala, SAN, representing Rivers State, and Oyosore Onigbanjo, SAN, counsel for Lagos State, all vehemently opposed the application for status quo, while Tijani Ghazali, SAN, who represented the AGF supported the request for the status quo to be maintained.

Earlier, at the proceeding on Friday, the Lagos State government brought an application seeking to be joined as the third respondent after Rivers State government, and the Attorney General of the Federation in that order.

Though the FIRS through its counsel, Magaji Mahmud SAN, vehemently opposed the joinder application, however, in a ruling, the appellate court held that it was right and proper to hear the motion in the interest of justice and to accord Lagos State a fair hearing.

Reacting, Emmanuel Ukala, representing Rivers State (1st respondent) stated that the stay of execution would have been for the purpose of staying the enforcement of a judgment of the trial court.

“There is no basis for his application for the status quo to be maintained. The judgment said the appellant has no constitutional right to collect VAT and no material has been provided for the court to make any specific order.

“Therefore, we urge the court to refuse the application, its effect being to override the order the trial court made in respect of priority of applications.

The counsel for Lagos also questioned Magaji’s application adding that a “party seeking for status quo must show the court that it has a right or interest to protect.

On his part, the AGF (2nd respondent) represented by Tijani Ghazali said he conceded to the application of the appellant for the preservation order.

Meanwhile, a group in the South East, the Igbo National Movement (INM) has slammed the Federal Government’s mode of collection of VAT describing it as fraudulent.

Anthony Okolo, National Convener of INM, who frowned at the federal government’s acts of VAT collection in a statement he released to journalists in Owerri, the Imo State capital, noted that the recent re-establishment of Governor Nyesom Wike of Rivers State of the rights of the State to collect VAT should be an eye-opener to other governors.

He said “By successfully putting the case against the Federal Government’s unjust usurpation of the States’ rights to collect taxes in their area of jurisdiction, Rivers State has led the way in revealing that the federal government is involved in one of the greatest acts of fraud and larceny against the indigenous nationals of Nigeria,” Okolo said.

“It can never be viewed as justice to make our Muslim brothers partake in the sharing of income from haram acts, which have occurred from activities forbidden in Islam, such as sales of alcohol and interest transactions from commercial lending,” he pointed out.

Okolo, therefore, enjoined other governors in the South East as well as the State Houses of Assembly to support and imbibe the courage of Governor Wike to do the same in their States, affirming that the zone will have greater improvement in infrastructural development.